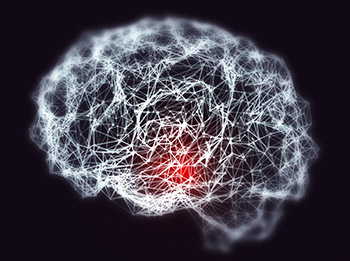 Early on, the symptoms can easily masquerade as simple aging, such as the reduced ability to pick up certain smells, and changes to sleep patterns, moods, and facial expressions. In more advanced stages, it might be easier to mistake Parkinson’s for its neurodegenerative cousin, Alzheimer’s, or dementia. The disease can also impact digestion and contribute to constipation and bone strength.

That might be surprising to hear if you mostly associate Parkinson’s with other, better-known symptoms like tremors. You might not know to look for less visible signs if you only see the disease as it affects celebrities, including Michael J. Fox and Neil Diamond. Those can include stiff muscles, stooped posture, slurred or garbled speech, a shuffling gait, or shaking hands whether they are moving or still.

Whatever combination they appear in, Parkinson’s symptoms can impact seniors’ ability to lead independent lives and maintain routines without assistance. The degree to which that’s true depends on what stage at which the Parkinson’s has reached. While medication is certainly one treatment option, it’s important to remember that there is no cure. It’s important to make lifestyle changes, too, like being sure to get enough Vitamin D, calcium, and fiber.

Assisted living is an excellent option for seniors living with Parkinson’s, too, because senior care communities like Regency Retirement Jackson are outfitted with stability bars in restrooms, manage cooking and cleaning and maintenance, and have staff on hand in case of an emergency like a fall. That kind of support can significantly simplify life for those living with Parkinson’s and offer peace of mind.

Assisted senior living homes like Regency Retirement Jackson can also accommodate progressive conditions like Parkinson’s by offering different scales of care, from short-term stays to assisted living to memory care. Ultimately, managing Parkinson’s’ is about controlling the symptoms as they emerge and progress.

The first step, however, is getting a diagnosis and determining what stage you’re at and what care you need. There are approximately one million people in the United States living with Parkinson’s disease, and about 50,000 new cases diagnosed each year. Talk to your doctor about whether you have Parkinson’s and if assisted living would be a good fit for how you or your loved one manage your evolving condition.