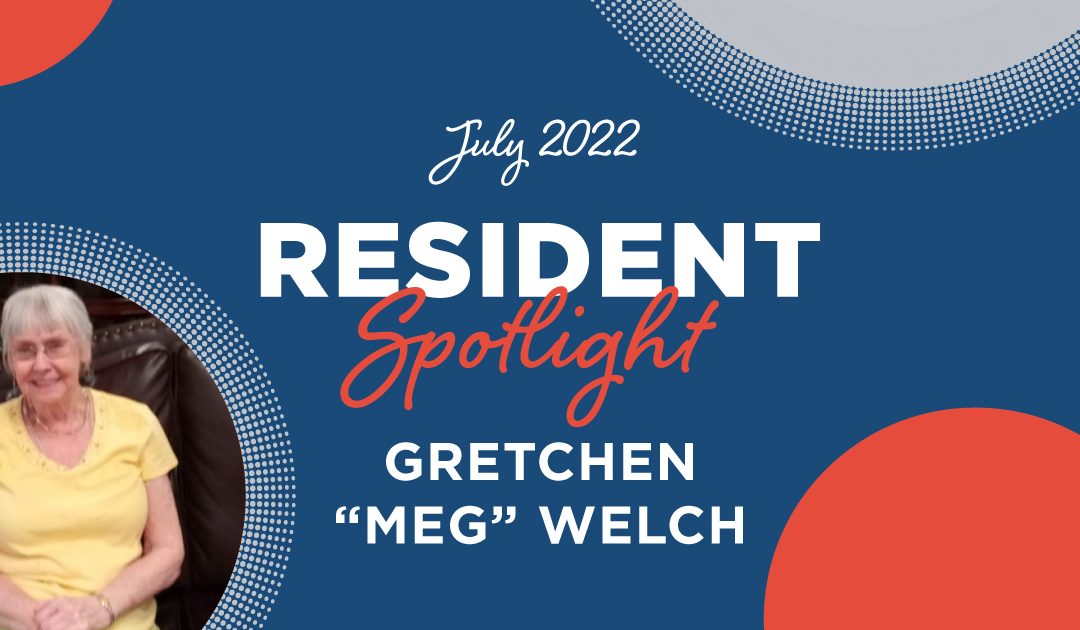 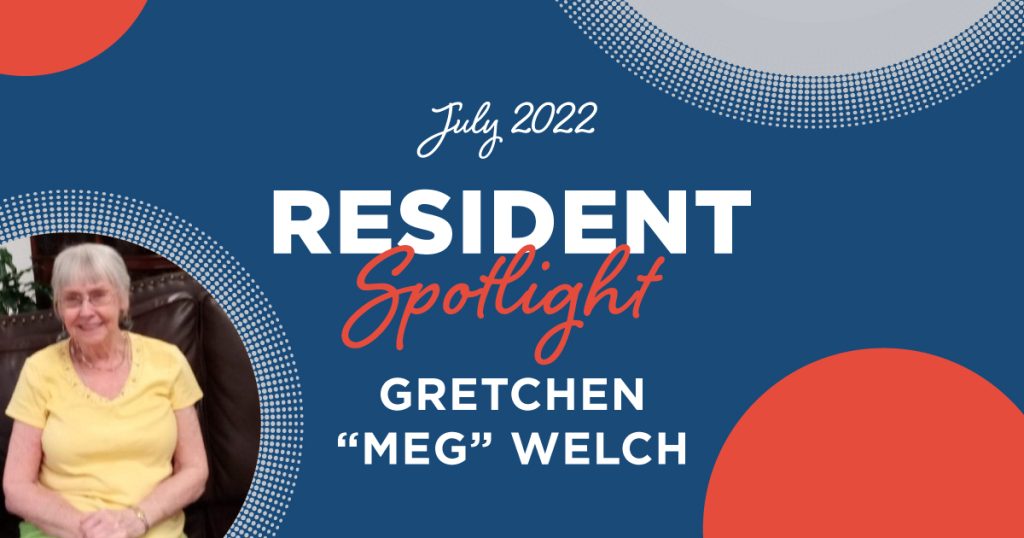 Meg was born in Kenton, TN on May 3, 1941. She moved to Chicago with her family in the 1950s. She married her first husband and had one daughter, Tamela, who gave her two grandchildren, Blake and Chase. She moved to Hoffman Estates after she divorced and went off to beauty school, where she became a beautician and also became a color specialist rep for Roux Products. While she was at a convention in Florida she met the love of her life, Don Welch and they married on May 25th in the early 70s. They were the owners of three beauty salons named Hair Directors. They sold them years later and moved to Tampa, Florida. Don passed away in 2015 and since Meg had no family in Tampa she decided to sell her house and move to Tennessee to live with her family in 2017. Meg joined us as a Regency Family Member in April 2022 and we are so thankful she did!