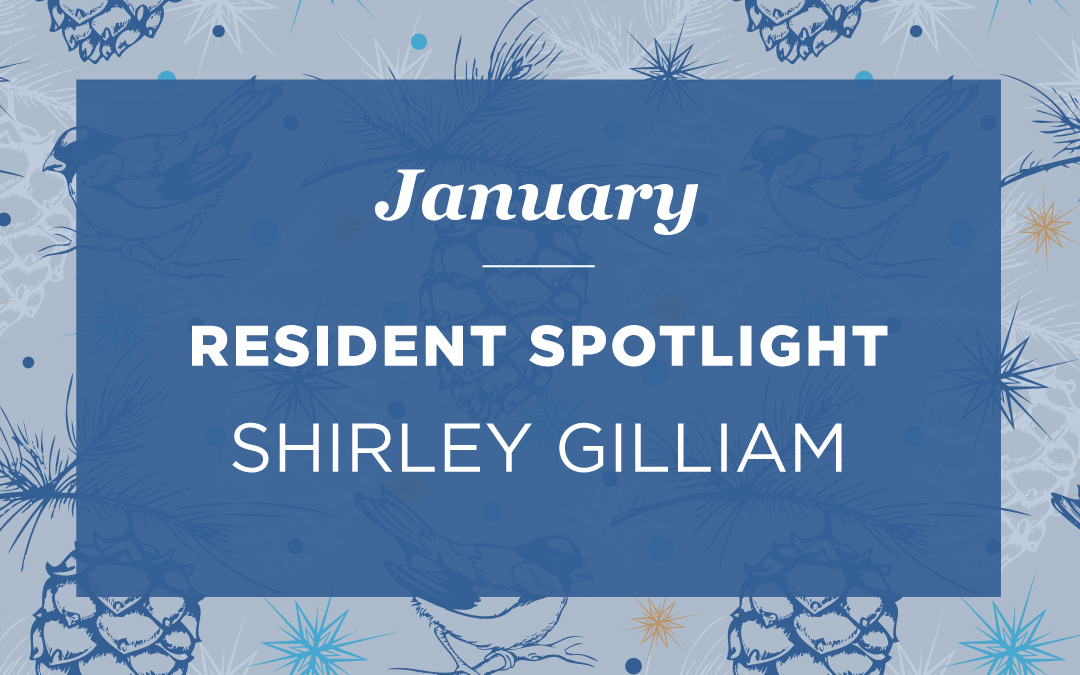 Ms. Shirley Gilliam was born in Blytheville, Arkansas on April 22, 1934. She was married to Malcolm Gilliam, a race car driver, for over 50 years. They attended Concordia Lutheran Church here in Jackson. Ms. Gilliam worked for the State of Tennessee for 40 years as a typist and stenographer, all while raising her and Malcolm’s four children – three sons and one daughter. Ms. Gilliam loves listening to music and singing.