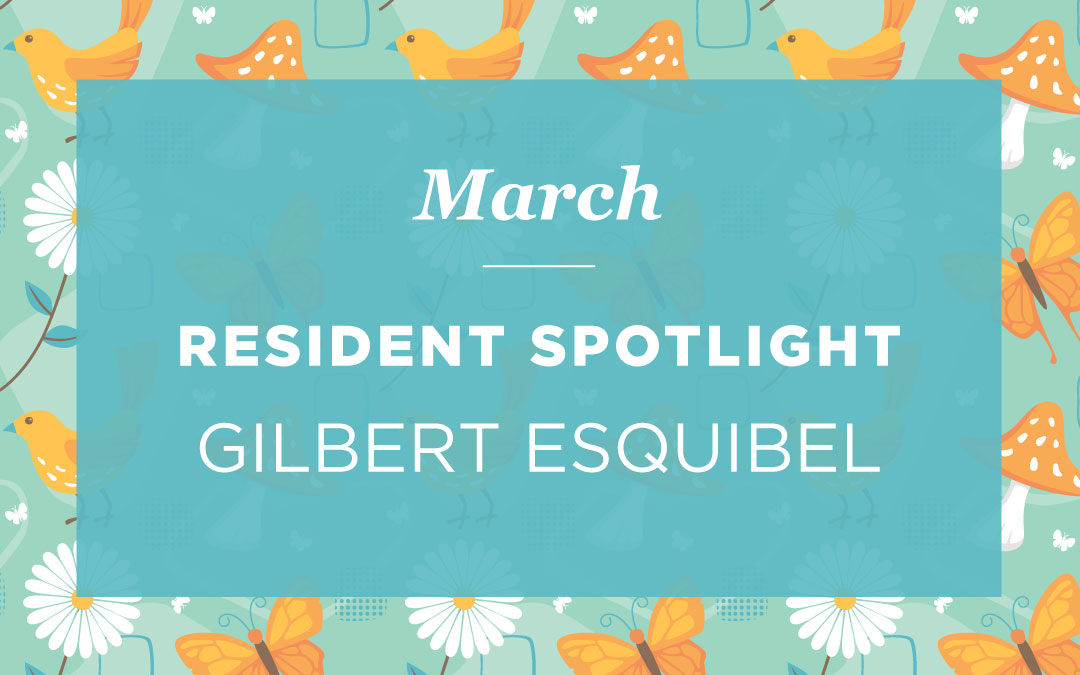 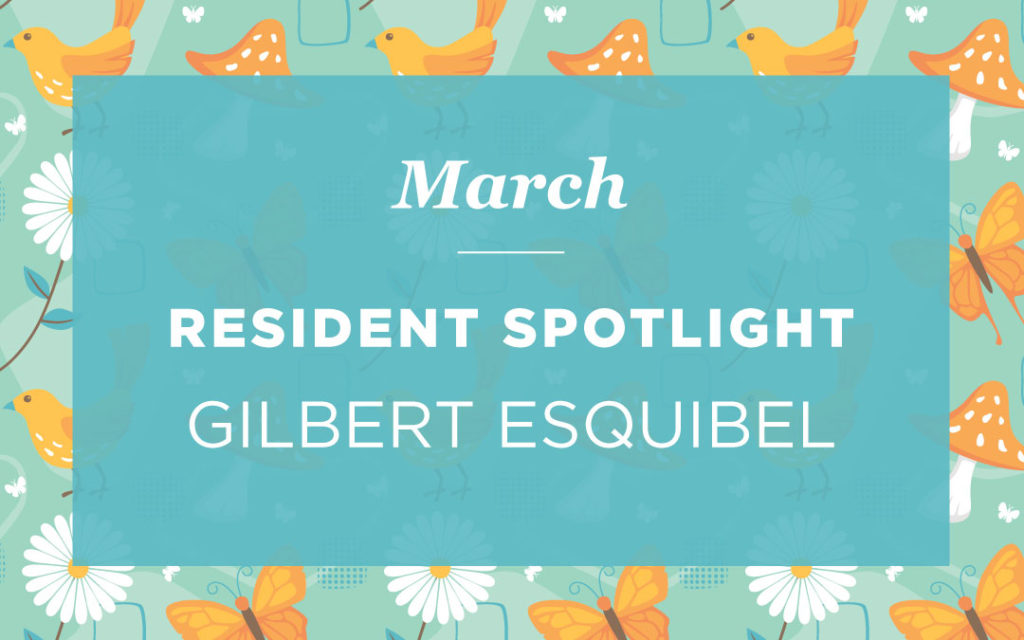 Mr. Gilbert was born in Rock Springs, Wyoming. He is an Army veteran, and was stationed at the Panama Canal during his time served. Mr. Gilbert graduated from the DeVry Institute, and worked as an electrical contractor for the government, during which time he traveled all over as part of his job. He was married for more than 18 years before his wife passed. He loves Western style music, and can sing, although you might be hard pressed to get him to do a solo for you! He likes to do word puzzles, and loves to read. We are glad to have Mr. Gilbert here at Regency as part of our family, and we look forward to getting to know him much better as time goes on.