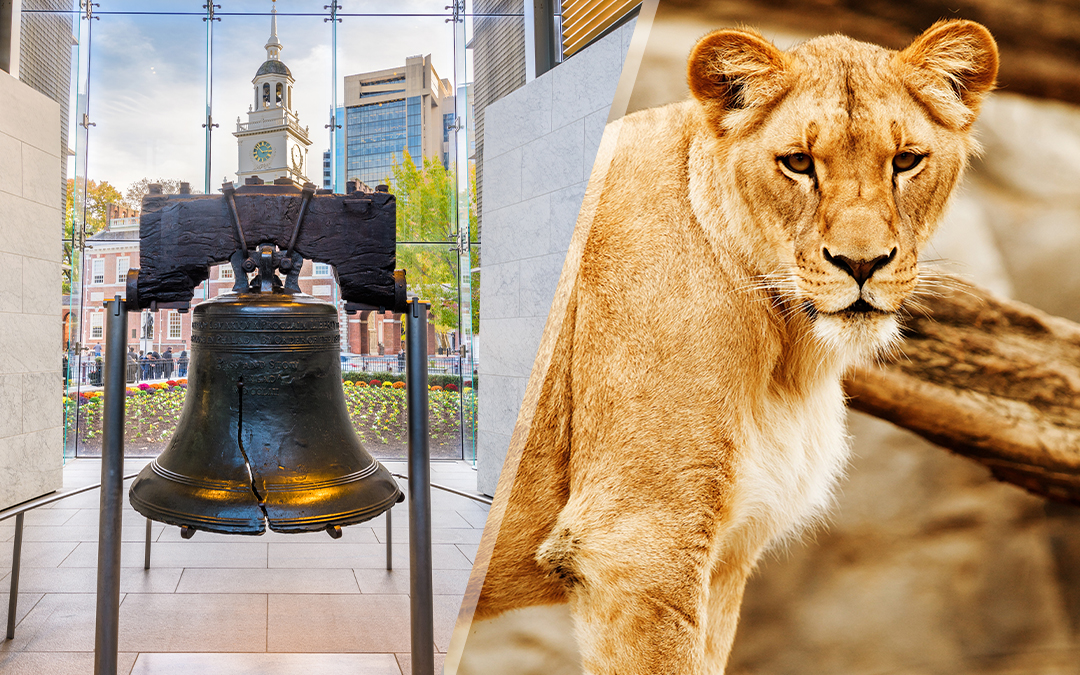 Though April Fools pranks are an old tradition in American and European cultures, no one really knows the exact origins of this trickster’s holiday. Some historians link these traditions to ancient European festivals in which people dressed in costumes to fool each other, and as the holiday spread across Europe and into the Americas, these practical jokes soon became a popular rite of spring. The pranks got more involved over the years, and here are a few of the best April Fools hoaxes history has to offer.

Washing of the Lions
The earliest known April Fools’ Day prank recorded occurred in London in 1689. People were told to go see the annual ceremony of the washing of the lions at the Tower of London. Tons of people showed up, but to their surprise, it was all a joke, and there was no such event or lion-washing ceremony. The street prank tricked so many people, mostly out-of-towners, that it was pulled year after year. Eventually, in the mid-19th century, they even started printing up fake tickets to add to the hoax. Hundreds of thousands of people showed up, only to realize it was a silly trick.

Great Noodle Harvest
In the middle of the 20th century, April Fools’ Day started to become a media event, which led to the Swiss spaghetti harvest. On April 1st, 1957, the BBC (British Broadcasting Corporation) told viewers that there had been an exceptionally successful spaghetti crop that year in Switzerland, due in part to the spaghetti weevil having virtually disappeared. BBC showed footage of “spaghetti harvesters” gathering spaghetti noodles from trees! Some viewers were upset by the prank, and others called the network asking where they could get a spaghetti plant.

Taco Liberty Bell
In 1996, Taco Bell ran an ad in newspapers announcing that it had purchased the Liberty Bell. Though this was a risky move as it irritated some people, it proved to other businesses that if you can pull off a stunt like this that gets people talking about your brand, you can get a big bang for your buck. This prank wasn’t all about light-hearted humor, but also about creatively piggybacking on this holiday to promote your business.

Pokémon Prank
This particular prank actually resulted in the development of an extremely popular game. On April 1st, 2014, Google played a trick on the general public in publishing a Pokémon game in which players could use Google Maps to hunt down and catch Pikachus and Bulbasaurs, which would pop up on the map screen for gamers to “catch.” The prize for the biggest collect was to be a job at Google as “Pokémon Master.” This funny prank turned into the phenomenon we now call Pokémon Go.

A Rhino for City Council
In 1959, in São Paulo, Brazil, students were tired of the city’s inflated prices and overflowing sewers, so they launched a campaign to elect a rhinoceros to the city council. The craziest part of it all? They won! The rhino, named Cacareco (meaning “rubbish”) was already a popular figure in the area when the students began her political campaign. The students worried that of the 540 candidates seeking city council seats, none of them would adequately address the city’s problems, so they used Cacareco to make a point. The beloved rhino won a city council seat with 100,000 votes, far more than any other candidate in the running, and though she was disqualified by the election board, she still remains part of one of the most famous protests in Brazilian history.

These interesting historical stories remind us that April Fools’ Day can be about so much more than just fun tricks and hoaxes. It can be used to make a stand, make an impression, or just make someone laugh. However you approach this holiday, we hope you’ll tap into your silly side, and have a little fun with it.