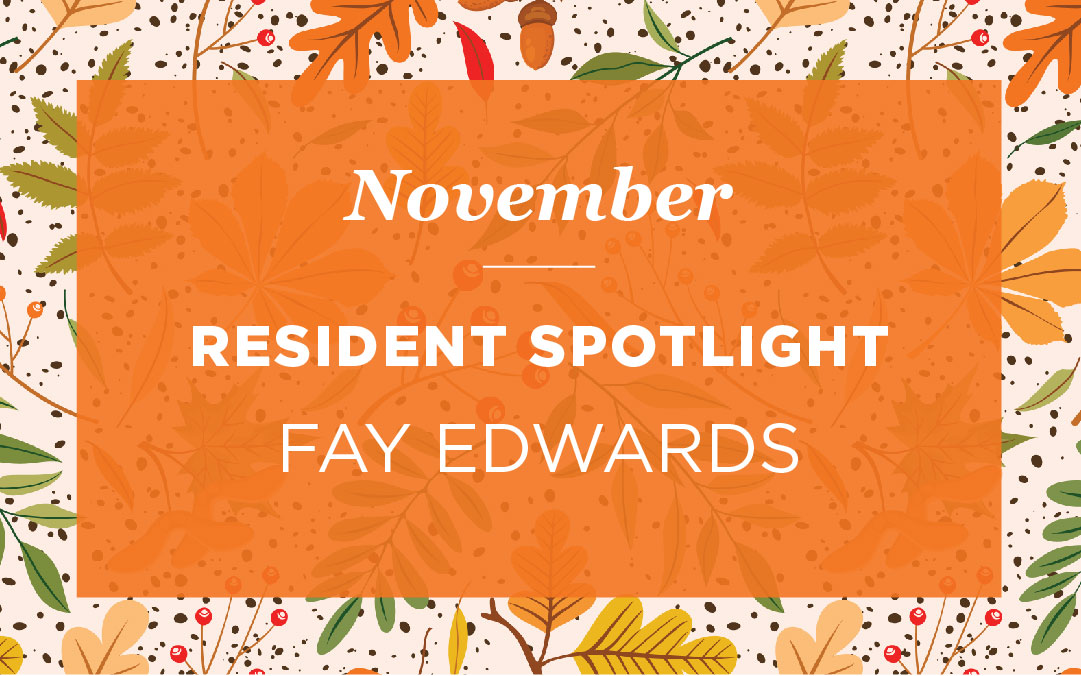 Ms. Fay Edwards is from Ava, Missouri. She grew up on a farm where they grew alfalfa and corn, as well as many other garden vegetables. She moved to Tennessee a year and a half ago with her son and daughter-in-law, then moved to Regency. Ms. Fay was raised in the Baptist Church, but joined the Methodist Church after she married. She and her husband, Claude, met in Monett, Missouri, then moved to St. Louis. They were married for about 28 years and had two children, a son and a daughter, a few grandchildren, and one great grandchild. Her favorite hobby is collecting antiques; although she also loves reading, going to movies, painting, crocheting, socializing, walking, and just staying active in general. She just turned 93 and shows no evidence of slowing down. Ms. Fay, we are glad to have you as part of our Regency Retirement Village family! We love you!