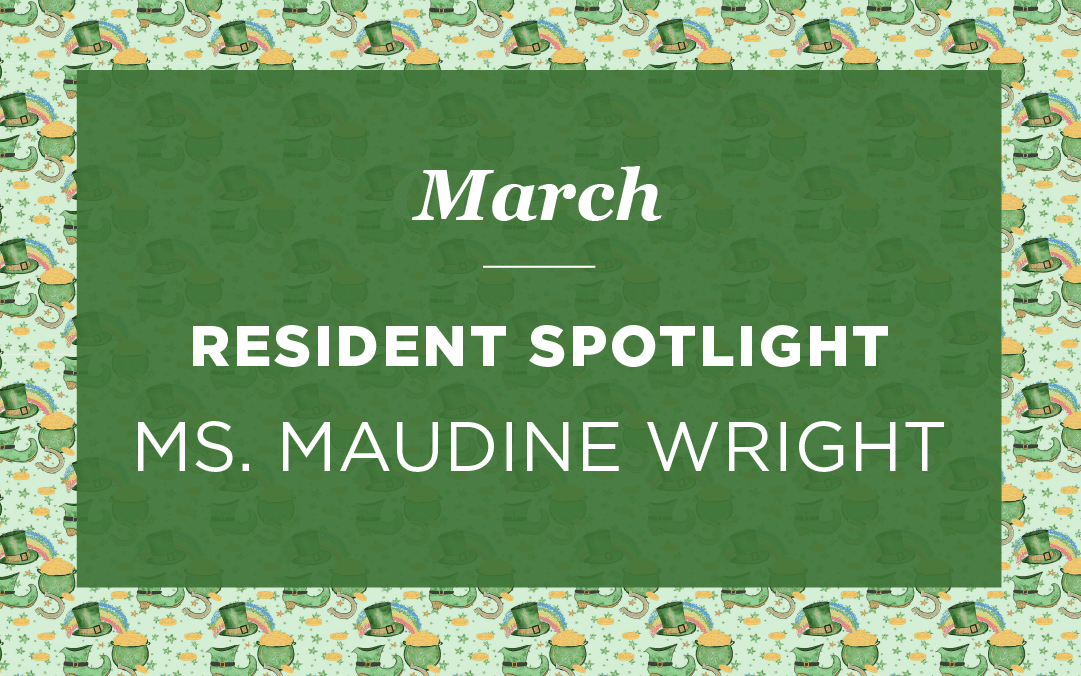 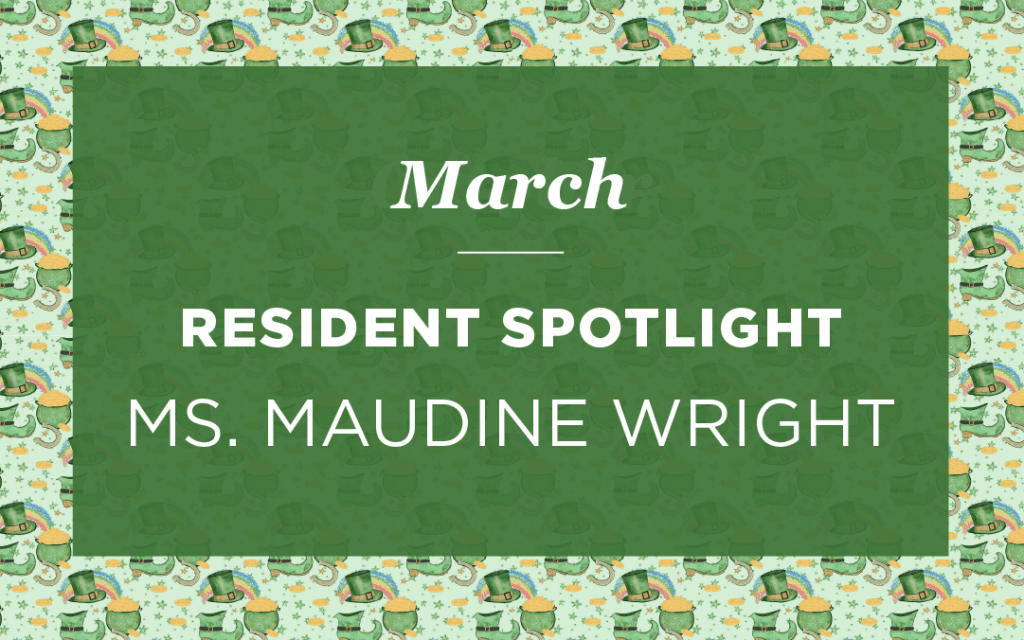 Ms. Maudine Wroten Wright was born in Peach Orchard, Missouri in 1936. She and her family moved to Houston, AR when she was three months old. She grew up in the Houston area, and graduated from Perryville High School in 1954. She met her sweetheart, John Wright, in high school, and they were married before he left to serve in the military. They had one daughter together, Charla, who was born in 1959, three grandchildren, and one great-grandchild. After Mr. John got out of the service, the Wrights moved to Little Rock, AR, where Ms. Maudine worked at the University of Arkansas Medical Center as an administrative secretary for 26 years, and Mr. John worked for the Little Rock Fire Department for 28 years. Some of Ms. Maudine’s favorite things to do are to attend bible study, reading, bingo, listening to music, attending church, doing crafts, and spending time with family. Ms. Maudine, we are very blessed to have you here at Regency and we love you very much!