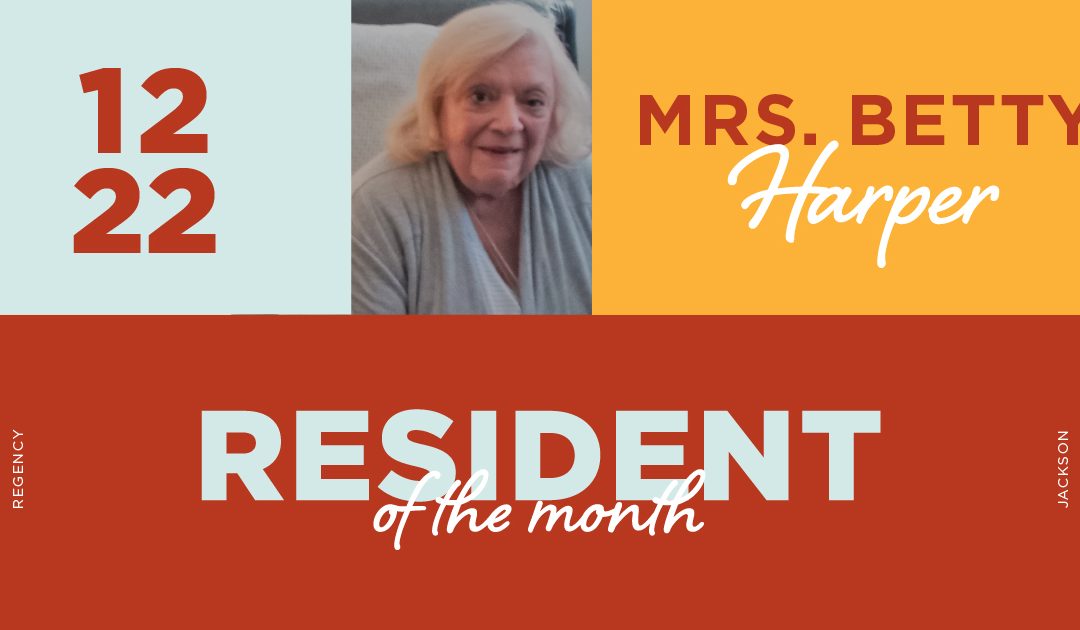 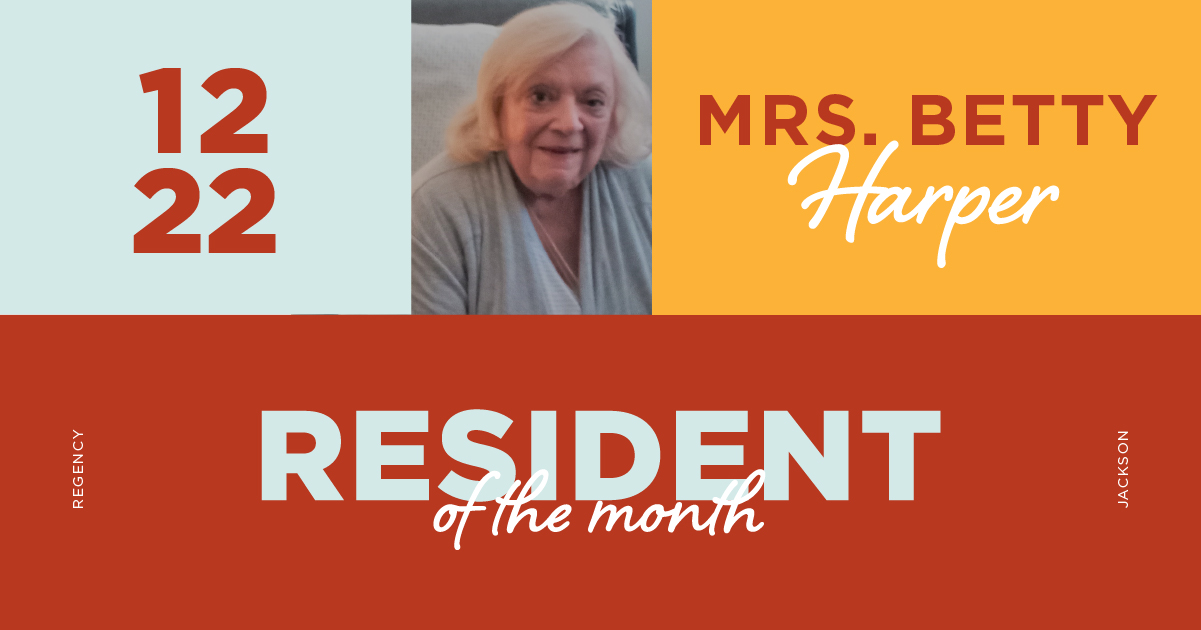 Mrs. Betty Harper is from Milan, Tennessee, and moved to Trenton, Tennessee in 1951. She remained in Trenton until her husband Bobby Harper passed away in 2019.

She was employed at Green Acres with her best friend for several years, she also worked for the Brown Shoe Company for over 20 years. She decided to open a dress shop business called The Fig Leaf next door to her son’s dental office, and she operated her business for 20 years.

Mrs. Harper said that she was so impressed with Regency and the staff. She immediately knew that she was at home. She stated that Regency accommodated her with everything that she needed and that moving to Regency was the best decision that she ever made.

We love you and thank you for being a part of our Regency Family!